Home Fluoride Why Is The Water Fluoridation Debate So One-Sided? 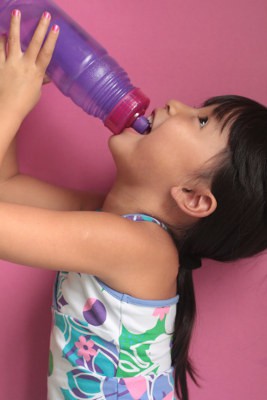 In her editorial she brings up two scientific sources, one from the American Dental Association and one from the Centers for Disease Control.  She acts like both of these sources have “admitted” that water fluoridation isn’t effective.  I took a look at both of these articles, and here’s what I found.

The ADA Article on Water Fluoridation

Katherine says that the American Dental Association article “clarified for every dentist that the swallowing of fluoride presents no significant benefit, that if there is a benefit it would be from applying it to the surface of the tooth.”

Let’s look at what John Featherstone, the author of the ADA’s cover story in July 2000, actually said: 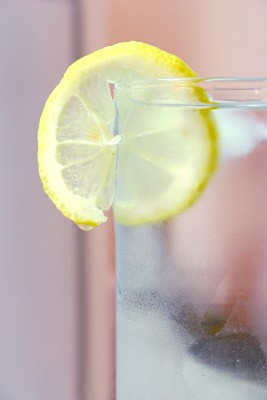 The CDC Article on Water Fluoridation

Katherine also mentioned that the CDC stated in 2001 that water fluoridation was one of the top 10 public health achievements of the 20th century.  She goes on to say the following:

On page 4 of the same report [the] CDC declares there is no correlation between fluoride incorporated in the enamel of teeth due to ingestion and the incidence of tooth decay.  Whoa! Shouldn’t this have halted fluoridation? Well not necessarily, because the support of fluoridation by seemingly prestigious groups was not about fact, it was about endorsements of the public policy goal.

By saying this, Katherine makes it seem like the CDC is contradicting itself and that it really doesn’t know what it’s talking about when it comes to water fluoridation.  The CDC was simply stating that fluoride’s role in preventing cavities isn’t by getting incorporated into the tooth as a result of swallowing it.  Water fluoridation protects the teeth by increasing the fluoride concentration in the mouth, allowing the fluoride to get incorporated into teeth by coming in direct contact with them.

If you have any doubts about the CDC’s position on water fluoridation, here’s one of their pages describing the benefits of fluoride.

Why does fluoride make teeth stronger?  Click here to read why!

It’s Not Just Opponents of Fluoride That Tell Half-Truths

I don’t mean to put down Katherine for what she wrote.  Even as a dental student, I’m not sure where I stand on the water fluoridation issue.  It is very complex!

Despite there being arguments both for and against water fluoridation, it doesn’t seem that either side recognizes the valid claims its opponent makes.  This refusal to either address the opposing view or to admit that the other side has any credibility at all weakens the argument of both sides.

One striking difference between these two groups are how they define fluoride.

The American Dental Association defines fluoride as follows in their Fluoridation Facts booklet:

Fluoride is a naturally occurring compound that can help prevent dental decay.  Fluoride compounds are components of minerals in rocks and soil.  Water passes over rock formations and dissolves the fluoride compounds that are present, releasing fluoride ions.  The result is that small amounts of fluoride are present in all water sources.

John Yiamouyiannis, one of the anti-fluoridation movement’s greatest supporters defines fluoride as follows in his publication The Lifesaver’s Guide to Fluoride:

Fluoride is a poison and has been used as a pesticide. It is more poisonous than lead and just slightly less poisonous than arsenic. Procter & Gamble, the makers of Crest, acknowledges that a family-sized tube of fluoride toothpaste “theoretically, at least, contains enough fluoride to kill a small child.” While no one is going to die from drinking one glass of fluoridated water, just as no one will die from smoking one cigarette, it is the longer-term chronic effects of glass after glass of fluoridated water that takes its toll in human health — and life.

Both Sides Fail to State the Whole Truth

Reading the ADA’s definition, you would think that we should all be getting an optimal amount of fluoride to prevent tooth decay.  John Yiamouyiannis’ definition makes me want to get as far away from fluoride as I can.

I’ll be posting a lot more articles on water fluoridation in the future.  If you have any issues you would like me to address, leave them below in the comments section.  Thanks for reading!

50 Names for Sugar that Food Makers Use to Trick You

Should You Rinse After Brushing Your Teeth?