Lately, it seems like dentists have been getting a lot of bad press — which in turn casts dentists in a negative light.  While there are certainly dentists that are less-than-ideal, I’d like to think that these recent stories are the exception and not the rule! 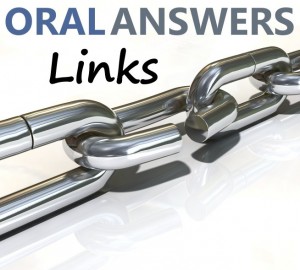 We’ll start with the bad.  There’s this dentist from the UK that used a dead man’s handicap sticker to get a great parking spot for his Ferrari.  A few other dentists in the UK were also recently in the news.  One has been accused of neglecting his patients and the other one apparently pulled the wrong tooth, threw it away, then dug it out of the medical waste bin and put it back in the patient’s mouth.  In the United States, this former dentist was recently charged with drug trafficking and this dentist was sentenced to prison for defrauding Medicaid, and this dentist is being charged with firing an assistant that simply raised legitimate concerns about the dental practice.

Dr. Dove, a pediatric dentist in California, was recently attacked on Facebook by the father of one of his patients who states that Dr. Dove mistreated his child.  The Facebook group now has nearly 300 members.  You can learn more about his story on Dr. Bicuspid or from this news release.  You can also watch a protest that occurred at his office in this news broadcast clip on YouTube.  Flap’s dentistry blog wrote an article from a fellow California dentist’s perspective.

Although parents say that they have filed complaints against Dr. Dove, I found his public records dental license information by using this dental license verification page and saw that no disciplinary action has been taken by the California dental board.  Interestingly, it did show that the status of  his oral conscious sedation certificate is “delinquent.”

Hiding under all of that bad press were a few news articles that discuss the good things dentists have done.  I would guess that dentistry is like anything else — you often only hear about the extremes, whether good or bad.

This article tells the story of the unselfish dentists that responded after the September 11th attacks.

Many dentists also provide free care to the underserved population.  Here’s one such article about a dentist in Arizona who did just that last Saturday.

Here’s an article that describes the American Academy of Cosmetic Dentistry’s Give Back a Smile program that has helped restore over 1,000 smiles that were damaged as a result of domestic violence.

To redeem the UK, here’s an article that talks about how dentists in the United Kingdom are providing much-needed dental services in Africa.

Most Dentists Are Good People

Most dentists out there want to help you achieve good oral health and want the best for their patients.  One often quoted factoid is that dentists are one of the most trusted professionals in the United States.  I think that most dentists are working to uphold the status of our profession.  Also, it’s important to keep in mind that the many good things dentists do often go unreported, while the media tends to focus on the bad.

What are your thoughts?  I’d love to hear your opinion — simply leave a comment below.  Thanks for reading!