Whenever a tooth is lost, the teeth on either side of it move towards the empty space to try to fill it in. 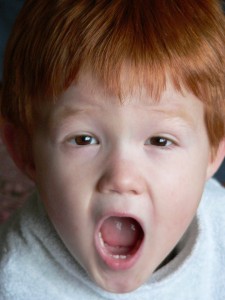 ometimes this can be a good thing, like if your orthodontist has to extract a tooth due to crowding.  After the tooth is extracted, the teeth adjacent to it move together and line up perfectly to create a beautiful smile.

Other times, this movement can be a bad thing.  Let’s say a little boy named Johnny with baby teeth and his six year molars lost his baby second molar (the second tooth from the back after the six year molars have come in) because he had too many cavities in it and it was too far decayed to try to put a filling in it.  The six year molar (the last tooth – at the very back of the mouth) would move forward to fill that space.

The problem is, Johnny has a permanent tooth right under that baby second molar that may not be able to come into his mouth if the six year molar has moved forward to fill that space.  This permanent tooth may give up trying to come up into Johnny’s mouth and may never come into his mouth, but just stay lodged deep within his jaw.  It could also try to force its way out sideways and cause big problems for Johnny (and his parents who are paying the bill!)