Home Alternative Medicine What Is Oil Pulling Therapy and Can it Improve Dental Health?

Oil pulling therapy is an ancient medicinal technique that is used to improve oral health.

Oil Pulling therapy involves putting a tablespoon of vegetable oil (usually sunflower or sesame seed oil) into your mouth and swishing it around like mouthwash for an extended period of time.  It is recommended to do this on an empty stomach at the beginning of the day.  After you’ve rinsed the oil through every little crevice in your mouth which takes about 10-20 minutes you spit the oil out.  According to the remedy, the oil is supposed to remove the toxic bacteria in your mouth.  You can find more information on oil pulling from this website. 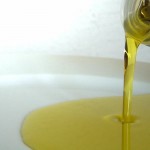 Oil pulling therapy has been used for many years as an Indian natural remedy to prevent teeth decay, bleeding gums, bad breath, dry mouth, dry throat, and chapped lips.  It was also used because it was believed to strengthen the teeth, gums, and jaws.  This remedy had been passed on and used because the Indians believed it worked, not because of scientific evidence.

However, in the last decade there have been some studies published that address the issue of whether or not oil pulling is effective.  I found the results rather surprising.  Here’s an easy-to-read summary of the four studies that I was able to find that discussed oil pulling and oral health.

This study aimed to find out if oil pulling could reduce the amount of streptococcus mutans (one of the major bad bacteria in plaque) in people’s saliva.

The researchers collected plaque and saliva samples from both groups four times during the study.  Both groups showed a significant decrease in the levels of bacteria in their mouth.  Using either oil or chlorhexidine along with brushing was much better than brushing alone.  Here’s what the researchers had to say:

In this study the chlorhexidine group showed a greater statistically significant reduction of S. mutans count in plaque and saliva at different time periods than the oil pulling group. However, sesame oil has certain advantages over chlorhexidine: it does not stain, it has no lingering aftertaste, and causes no allergy. Sesame oil is 5-6 times more cost-effective than chlorhexidine and is, moreover, readily available in the household. There are no disadvantages in oil pulling therapy except for the extended duration of the procedure compared with chlorhexidine. Though oil pulling therapy cannot be recommended for use as a treatment adjunct as of now, it can be used as a preventive home therapy to maintain oral hygiene.

10 people performed oil pulling in addition to their normal oral hygiene routine.  They used refined sunflower oil.  The researchers measured their plaque and gingival scores periodically throughout the 45-day duration of the study.

This study found that oil pulling did significantly reduce plaque and gingivitis.  In the words of the researchers:

In a study by Tritton CB and Armitage GC(3) tooth brushing has reduced plaque scores by  11-27% and gingivitis by 8-23%. By oil pulling, in the present study plaque scores have reduced by 18-30% and gingivitis has reduced by 52-60%. Hence reduction in plaque is comparable to previous studies, whereas reduction in gingivitis has been far superior. Being an indigenous procedure of Ayurveda this has a wide scope if properly utilized.

I don’t think this study is as accurate as the first one because there was no control group.  They just took 10 people and started the study.  Those 10 people probably started taking much better care of their teeth since they knew that researchers would be measuring plaque and gum inflammation.  That fact alone could have biased the study.

Study #3: 10 Other People Do Oil Pulling

This study simply had 10 people do oil pulling using sesame oil for a period of 40 days.  Their oral bacteria was measured before and after.  The bacteria in the subjects’ mouths decreased an average of 20%.

This study took 20 boys with Gingivitis and had one group use oil pulling with sesame oil and the other group use chlorhexidine, much like the first study I mentioned.

Once again, both groups showed an increase in oral health following through with their regimens.  The researchers concluded that:

Although studies have indicated that oil pulling is wonderful, there still hasn’t been enough scientific studies to prove that it should be prescribed.

Last December, in a letter to the editor of the British Dental Journal, a dentist reported that he was treating a patient with gingitis and bleeding gums.  This patient had been practicing oil pulling for a few months and noticed that her condition had worsened.  Upon stopping oil pulling for three weeks, the dentist noticed that her gingivitis was reduced.  The patient was subsequently treated using traditional methods and her gums returned to health.

This dentist believed that she was retaining oil particles in her gum tissues and that this was causing her gingivitis.

It is important to keep in mind that none of the studies reported any harmful effects, and it is quite possible that this woman’s gingivitis was due to something other than the oil pulling and it was just a coincidence that her gingivitis subsided when she quit practicing oil pulling.

It is still too early to tell scientifically if oil pulling should be used.  In developing countries, such as India, it may be a great option since it is cheap and readily available.

Oil pulling has been around for many years as a folk remedy and seems to have withstood the test of time.  The four studies that have been done have also shown its effectiveness.

So, if you’re looking for a cheap way to keep your mouth healthy, you might want to try oil pulling.  If you do, let us know how it goes in the comments.

Don’t Let Your Teeth Get Hurt This Cold & Flu Season