Deamonte Driver was a typical twelve year old boy growing up in Maryland.  In January 2007, he complained that he had a headache to his mother, Alyce.  Then he said his tooth hurt. 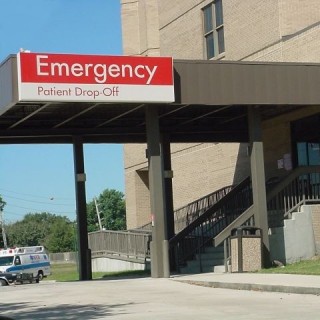 Alyce, his concerned mother took him to the emergency room at the local hospital where the doctors found that bacteria from decayed teeth had traveled through his blood into his brain, causing a serious infection.

Fast forward six weeks to a Saturday near the end of February.  Deamonte underwent two operations and it looked like he would recover.  His mother spent all day Saturday with her son, then went home.  The very next day the hospital called his mother and told her that he was unresponsive.  By the time she made it to the hospital, Deamonte, her son of only 12 years had passed away.

To learn more about the tragic story of Deamonte Driver you can read about it in the Washington Post or watch a video report from MSNBC.

Deamonte’s story is an extreme one.  Tooth decay doesn’t always kill people.  My purpose in sharing this story was to let you know that tooth decay is a disease and it can be serious.  It has many of the same traits as more well-known diseases.  Here are a few lesser known facts about tooth decay:

1 – Tooth decay is contagious — you have to “catch the disease.” The bacteria that cause tooth decay can easily be transmitted from one person to another.  When babies are born, their mouths are sterile.  If they had teeth, they could eat lots of sugar without any detrimental effects on their teeth.  Babies usually catch the bacteria that cause tooth decay from one of their parents or siblings.

2 – Tooth decay can cause pain. If a cavity progresses without pain, it can cause a painful toothache.

3 – Tooth decay can cause children to miss school. This can be either due to pain or multiple dental visits to take care of the diseased tooth.

5 – Tooth decay can cause developmental problems and nutritional deficiencies. Here’s another quote from the American Academy of Pediatric Dentistry:

Rampant caries is one of the factors causing insufficient development in children who have no other medical problems.  Children with early childhood caries (ECC) may be severely underweight because of the associated pain and disinclination to eat. Nutritional deficiencies during childhood can impact cognitive development.

Hopefully you can see that dental caries isn’t just a small problem.  It affects over half of all children under age 5!

Whether you call it tooth decay, cavities, or caries – an infection of your teeth can be a serious problem.

Do you have any questions or comments to share about dental cavities?  Please leave them below in the comments section.  Thanks for reading!

Is Sparkling Water Bad For Your Teeth?