Home Dentistry The Best Place to Start a Dental Practice

Disclaimer: This isn’t my ordinary oral health-related article… But, if you’re interested in some of the things that dentists look at when choosing an area to practice, you may enjoy it!

We took a trip up to Vermont on Thursday and have been up here in the Burlington area for the past few days – that’s why I didn’t write a post yesterday! 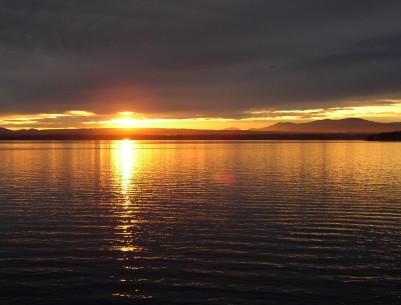 My wife and I are still pretty undecided on where we want to live after dental school.  My wife is from Boston and I’m from Detroit.  We think we’d be happy living anywhere from Michigan up to Maine.  Burlington, Vermont was named the #1 place to raise a family a couple of years ago and Vermont appeals to us, so we thought we’d check it out.

We’ve had a lot of fun driving around the Lake Champlain Islands, going on a Ben & Jerry’s tour, and swimming a lot at the hotel.  It’s been a much-needed getaway from dental school for a few days!

How Dentists Choose Where to Practice

There are a number of things that dentists take into consideration when trying to figure out where to practice dentistry.  Some people want to practice in the same city where they grew up or near family.

Some further research into Vermont helped me find this 2009 Vermont Department of Health Dentist Survey (PDF) which shows that Chittenden County, Vermont (its largest county and home of Burlington) has 125 dentists.  With its population of 156,545, that gives it a ratio of 1 dentist per 1252 people — a lot more dentists than the average place!

Does the Dentist to Population Ratio Really Matter?

An interesting article by Edgar Radjabli called Why the Dentist to Population Ratio does Not Tell the Whole Story points out that what really matters is whether or not the people living in a particular area go to the dentist.  Basically, it doesn’t matter if there are 3,000 people per dentist if only 100 out of those 3,000 people are actually going to the dentist.

In my opinion, a good dentist can set up practice anywhere and have a successful practice.  My wife and I have realized that a lot of the “good places to live” already have a high number of dentists.  Although the dentist to population ratio is a good indicator of how difficult it may be to find patients, as long as you care about your patients and really want to help them, word will get around and you will have a successful dental practice.

We have enjoyed Vermont, but we’re still not sure where we’ll end up.  We want to keep researching places and probably make a few more visits to potential areas soon so that we can figure out where to go when I graduate in May of 2012.

Do you have anything to add?  I’ll be back with my regular oral health post on Monday.  Thanks for reading!