Home Anatomy Is a Labial Frenectomy Necessary After Braces? 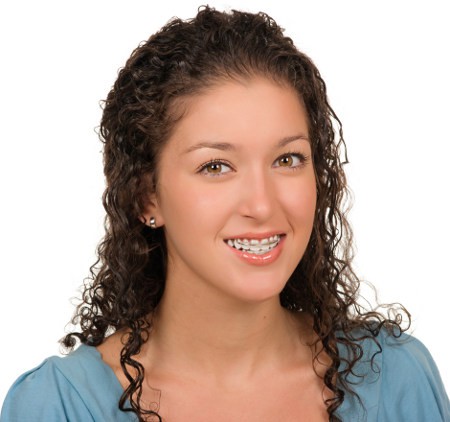 These questions seem to come from parents who are concerned about whether a surgical procedure is truly necessary to keep their child’s teeth straight after orthodontic treatment.  I don’t blame them for their concern.  I think that an unnecessary surgery is not only a waste of time and resources, but also introduces unnecessary risk to the patient.

In this article, I’ll take a look at at the leading textbooks on orthodontics and pediatric dentistry to see what they say about whether or not a frenectomy is necessary after having braces.  It’s important to note that a frenectomy should not be done during braces treatment as it is believed that the scar tissue formed may prevent the teeth from moving together, thus creating a permanent gap between the two front teeth.

A Labial Frenectomy After Braces – An Orthodontic Perspective

One of the leading textbooks in orthodontics, Contemporary Orthodontics by Proffit, addresses the possibility that after the braces come off, teeth may move back to their original position.  He says:

“Another retention problem may be caused by the presence of a large or inferiorly attached labial frenum. A frenectomy after space closure and retention may be necessary in some cases, but it is difficult to determine the potential contribution of the frenum to retention problems from its morphology alone.  Therefore a frenectomy before treatment is contraindicated, and a post-treatment frenectomy should be attempted only if a continued tendency of the diastema to reopen and unresolved bunching of tissue between the teeth show that it is necessary.”

Here he says that a frenectomy should be done only after the space between the front teeth is closed.  He also says that it may be necessary in some cases but that you really can’t tell if the frenum will cause the space to reopen based on its size and shape alone.

In summary, he says that a frenectomy should be done only if the spaces appears to be reopening and you have tissue bunching up between the front teeth (which could cause the space to reopen).

A Labial Frenectomy After Braces – A Pediatrics Perspective

Now that we’ve seen what the orthodontists say about this, let’s turn our attention to the dentists that specialize in treating patients 18 years of age and younger: pediatric dentists.

Dr. Pinkham, in his leading dental pediatrics textbook, Pediatric Dentistry, talks about when and if a frenectomy should be performed.  He says:

“No matter which type of treatment is used to close a midline diastema, retention can be a problem and should be planned. In most cases, a removable appliance maintains the space closure…If the diastema reopens during or following retention, the incisors should be realigned. At that time, a surgical procedure, frenectomy, can be performed if the frenum is thought to be the cause of the diastema’s reopening.”

Just so you know, a diastema is the dental term for a gap between two teeth.

In the above quote, Dr. Pinkham says that a retainer could keep the gap closed after braces in most cases.  He says that a frenectomy should not be done until the diastema reopens after the braces have been removed.  Also, if that is the case, a frenectomy should only be done if the frenum is the suspected cause of the gap reopening.

Conclusion – My Perspective on Labial Frenectomies

As you can see, both Dr. Proffit (the orthodontist) and Dr. Pinkham (the pediatric dentist) both agree that a frenectomy should only be performed after the teeth are moved together with braces and if the frenum is determined to be the cause of the gap. I have to say that I agree with their position on this issue.

If you have any questions about frenectomies, feel free to leave a comment below and I’ll get back to you.