Home Orthodontics & Braces Can a Dentist Who’s Not An Orthodontist Offer Braces?

I frequently get emails from people asking me if a general dentist is allowed to provide orthodontic treatment to their patients, or if this can only be done by orthodontists. 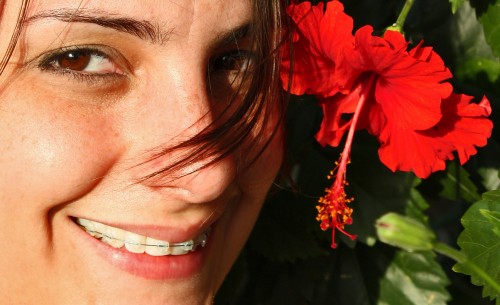 The short answer is yes.  General dentists CAN offer their patients braces.  If a general dentist wants to provide orthodontics in his or her practice, then they have to measure up to the standard of care.  This means that if a dentist is able to straighten and align teeth as well as an average orthodontist, then they can offer braces to their patients.

Orthodontists do get an extra two to three years of specialized training in orthodontics and braces beyond dental school, but obviously every orthodontist has a different level of skill.  In order to measure up, a general dentist would need to take a lot of continuing education classes and gain a significant amount of experience.

The American Association of Orthodontists’ View on Dentists Offering Braces

As a student member of the Academy of General Dentistry, I am subscribed to their newsletter.  An email that they sent me earlier this month caught my attention.  Here’s an excerpt:

The American Association of Orthodontists (AAO) has developed an online Myths and Facts site.  According to the site, the following statements are myths:

Last fall, the Academy of General Dentistry (AGD) reached out to the AAO to explain that these two statements are often true, and not myths.

Let’s take a look at both of those “myths.”  According to the AAO, it is a myth that family dentists can straighten teeth.  In response to that, the Academy of General Dentistry said “Some general dentists, especially more experienced ones like AGD’s, Fellows, and Masters perform hundreds of orthodontic procedures each year.  It is regretful to paint all GP’s with the same broad brush.  In addition…restorative care can be much more complex than orthodontics.  To imply that “drilling and filling” is mundane is demeaning.”

The second “myth” says that orthodontists charge more than general dentists for orthodontic treatment.  This is a myth because the cost of orthodontics is mainly based on the complexity of treatment, not whether the person providing the treatment is an orthodontist or dentist.

Unfortunately, even after receiving the letter from the Academy of General Dentistry, the AAO has still not changed their misleading website.

In order to illustrate that the two statements above are indeed myths, I’d like to share a story about Dr. June Lee, a general dentist that decided to incorporate orthodontic treatment into her family dental practice.

The following story is an excerpt from this article that appeared in The Academy of General Dentistry’s magazine, Impact in 1996:

Twenty-five years ago, June Lee, DDS, MAGD, made a disturbing discovery among her patients. “In my neighborhood, I was seeing a lot of finished orthodontic cases that were very poorly done,” Dr. Lee recalls. “My husband and I practice together and we were concerned about it.”

As luck would have it, this discovery was made around the same time that a friend recommended that Dr. Lee visit an upcoming weekend orthodontics course. “[The instructor] made it very exciting and very interesting,” she says. “He said, ‘You can do a lot of this in your own office’—which made sense to me.”

Since then, Dr. Lee has incorporated orthodontics into her general practice. She saw it as an opportunity not only to expand upon her skills, but to fill a need within her patient community.

“I incorporated orthodontics in my office because I had a final restoration in mind and wanted the teeth to end up where the restoration could be the most functional,” recalls Maharukh Kravich, DDS, FAGD, who started offering orthodontics in 1989. “So I started doing my own orthodontics, and I really enjoyed doing it.”

I really liked Dr. June Lee’s story as it shows initiative.  She didn’t like what the orthodontist was doing to her patients.  She decided she could do a better job — and she went ahead and did it.

I don’t by any means want to imply that orthodontists aren’t necessary.  Orthodontists provide wonderful service to the general public in most cases.  I simply want to point out that general dentists can provide excellent orthodontic care to their patients if they participate in the right continuing education and have gained some additional experience and expertise in this area.

Do you have any questions, comments, or concerns about general dentists and orthodontics?  I’d love to hear what you have to say in the comments section below.  Thanks for reading!

What are Tartar and Calculus?